You know I have been reading and reading articles about comparing antivirus programs, claiming which one is better, which one is faster and so on. Endless comparsions. And when I finally try to actually use the most recommended program it turns out things are not as they were described. Then I start to feel stupid reading all those obviously pre-paid by the AV companies articles.

Now here I am going to share my expirience with the AV software which I have actually used and have a BIG expirience with. Hope this can help you in some way if you wonder what antivirus you want to use.

First of all, fighting against viruses heavily depend on your computer usage style. If you are careless, the possibility of catching a virus is higher, no matter what AV software you use. There is no 100% guarantee against this. You need to develop a defensive network/internet habits in order to be safe. Actually if you have already delepoed this it doesn`t matter much which AV you are going to use.

At first I didn`t like this software. I am speaking back in 2010-2011. It was hell slow and complicated. But I was forced to use it, due to my father`s girlfriend(now happily ex) demand. He wanted exactly this AV in his small company and told me he will call another guy to put it if I don`t want to do it for him. Well, I told him I am going to put it if this is what he wants but I cannot guarantee the effect. So I installed it, tried to fine tune it a bit. Then a couple of times updated it. And saw some good options in it. So I actually started using it and advertising it to other users.

As a matter of fact I think I still have it on some of my long-forgotten computers, running. It was catching most of the threats, tho it was a bit slow on the updates(it seemed it was taking more time for Avira to actually start detecting new types of viruses). Then there were a few new versions. Then Avira became slow as hell on startup times. And even more slow when it detects an actual threat. This started pissing me off and I stopped using it as a primary AV around 2012.

The impressions I have about this AV is that it slow and can get on your nerves. It actually misses threats and you may get easily infected if you are not careful. 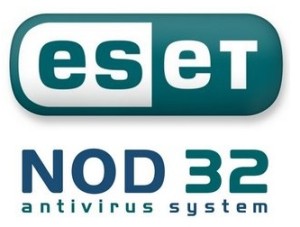 Currently my favorite. I am using it since 2005, due to the fact that my ISP is giving out free licenses to every user. I also have friends that are not using their licenses, so they are giving them to me, which is allowing me to have this AV licensed for free on almost all of my important computers.

This antivirus is also a bit slow on startup. But afterwards it is blazing fast, automatically(after setting options) doing everything without asking you what the hell to do. You are connecting a flash drive with viruses? Auto clearing everything without even you feel it(in terms of CPU/RAM).

Yeah, it happens to clean a file you want to actually keep. Then you need to add it to exceptions, restore it from quarantine. Annoying. Yet I can live with this. The hell I was scared the first time when I lost a file like this. I actually have forgotten I have NOD32 running. This is how much attention it requires – you forget about it.

And even further I use it on my father`s and mother`s computer. You install it, fine tune it, tell it to be quiet and password protect it(so nobody can touch it without your permission). And there you go, no problems.

This is kinda weird, because NOD32 is not in “Top 10″ of the recent reviews for antiviruses. But I find it very robust and reliable. It has never misleaded me or missed a virus. 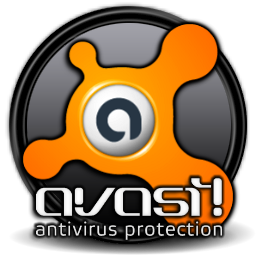 I also hated this one. It brought me to madness a few times while i was trying to remove it. Then I was again forced to use it, due to the corporation I am working in decided this is the AV which we are going buy.

Do you know why we bought it? Because I recommended it as Head of IT? Because the price was good? Because it is delivering stunning protection? No. Because the owner had it on his laptop, which he is using like once per 3 months to play solitare, and he had no problems. Therefor this is the most badass AV he has ever seen. Two years – zero infections, ya know. Wise decision, no doubt.

But you can never oppose a 80 year old milliardaire. So we bought Avast! licenses. Retarded as hell. I was on the edge to quit(disrespect has it`s limits). Then I decided to see what will happen. Well, it`s a mediocre AV software. Not as bad as I thought.

Surprisingly it is very fast on the startup times, almost not bothering the systems. Even the old ones. I kinda love this. But it is a big… no… ENOURMOUS disappointment in virus detections. I mean, I am expecting a protection on the level of NOD32.

So here you go, you are using your PC like usual. Casual internet surfing, flash drives going in and out. No problems. Suddenly… VIRUS! Out of nowhere. You are just there one morning, not using internet, no flash drive plugged in… and a virus emerges. Okey, we will run a full scan, no worries. OMG, hundreds of viruses detected. Out of nowhere. Why didn`t it detected them earlier?!? Why it let them in? Nobody knows. Yet, the viruses that are in, are with relatively low severity.

In addition a few times there were viruses which actually managed to switch off entirely Avast! which is a big shame. Or at least I think it is. But as I have already said – surprisingly for me there were no serious accidents.

Yet, I am not telling you to use NOD32. It is just responding to all my needs. First – don`t be freaking slow when something is detected. Second – don`t let it in, unless I tell you to. And third – be quiet and hidden away, don`t ever bother me with any messages. Is it too much to ask?

6 thoughts on “Antivirus software comparsion(NOD32 vs AVAST vs Avira)”